We Put Vincent Kouwenhoven (Founder of Green Safaris) In The Spotlight

Written By Lauren Watson On November 1, 2019

We spent some time with our Founder Vincent Kouwenhoven delving into the history & background of how the concept of Green Safaris was developed. An amazing story of a young entrepreneur developing a love and passion for conserving the African Bush.

Vincent was born and raised in The Netherlands, in the city of Delft (perhaps famous world-wide for its unique ‘Delft Blue pottery). After completing high school, he attended universities in both the Netherlands and the US, obtaining his PHD in Business Administration. Vincent’s career begun by setting up his own internet company in 2000, followed by investing in a portfolio of other companies, nowadays, mostly in Africa.

During a sabbatical year, in the early nineties, Vincent (in his mid-thirties by then) set foot in Africa for the first time, travelling for months from Nairobi to Cape Town, mostly staying in local hostels and taking local transportation. From matatus in Kenya to taking the the train from Dar-es-Salaam to the border with Malawi, Vincent experienced it all. In his own words Vincent, “completely lost his heart to this continent”. He fell in love with Africa’s people, its vast space, pristine nature, its sense of unexplored adventure, in an otherwise over organized and regulated world. Vincent kept returning to Africa, and started exploring.

It was however only until Vincent sold his businesses in Europe, back in 2007, that he started looking at Africa from a business perspective. Initially, he invested in internet/fintech businesses, across Africa; Ghana, Kenya, Nigeria and South Africa. Vincent was driven by a passion to invest in African entrepreneurs, using the internet’s potential to come up with African solutions for African issues, as opposed to importing Western business concepts to Africa. Vincent took any opportunity Vincent tried to combine his business trips with further exploration of Africa’s National Parks until one day (end of 2009) he first came across the Kafue National Park in Zambia. The Kafue made an immeasurable impression on him, so much so that it led to the beginning of what we now know as Green Safaris.

We asked Vincent, why the Kafue out of all the places he had previously adventured in Africa. Vincent loved the “untouched and unknown” aspect of the park, despite being the 3rd largest NP in Africa at 22.000 km2. The Kafue only attracts approximately 15,000 visitors annually, as opposed to the Kruger National Park (similar in size) which attracts over 1 million visitors per annum. Vincent explains that when you drive around the park, all the way up top to Busanga or all the way down to Nanzhila the chances are that you will encounter just a handful of other cars along the way. The game, maybe less in your face than in the Masai Mara, but when you spot them, most of the time it will be just you and the game, surrounded by pristine, raw, wilderness. The absence of other people, just adds so much to the feeling of being really close to nature. A major explanation for why the Kafue is Vincent’s absolute favorite park.

Having said that, Vincent knew that parks need visitors to generate the the budget to maintain them. It is also necessary to help the surrounding communities to enable them to find alternative ways to generate money and prevent falling back to poaching.

Kafue NP needed more lodges to; attract more visitors, maintain the park and create new jobs in hospitality. For these reasons Vincent took a step into Africa to invest in both old and new lodges in the park. This the beginning of Green Safaris, as a group looking to expand its Green Footprint initiatives in other parks and countries.

Green Safaris aims to also set the standard by minimalizing the impact of tourism in itself. How? we asked Vincent, “by using, where possible, only natural building materials, coming from the immediate vicinity, demonstrated with building the Ila Safari Lodge Boma and staff houses using sandbag-building, and minimalizing the use of concrete and steel. Other steps we have taken include Installing a solar plant, to harvest the suns energy instead of diesel, and carefully taking out the existing flora during the build, but replanting everything afterward. Perhaps most striking so far has been the introduction of the very first electrical game drive vehicle (eLandy), for zero-impact ‘silent safaris’, which was built back home in the Netherlands and then shipped it to Zambia.” In his own words, “people seldomly get to enjoy the sounds of the bush, when they are on a game-drive, and this is where the idea came from initially, to enhance the guest experience, whilst introducing sustainable technology”, perhaps the best way to describe Green Safaris green ethos and guiding principle.

Vincent is most passionate about sharing his passion for the wilderness of the Kafue National Park with other people, and in doing so attracting more visitors to secure its future.

The same passion is instilled in the recent expansion of Green Safaris with Kaya Mawa, a stunning beach lodge on Likoma island, in the middle of Lake Malawi. The same goes for the expansion into the other parks that Vincent and the Green Safaris team are currently considering. As green safaris are usually still a quite an expensive form of holidays, our aim is for our guests to make memories of a lifetime by having a unique experience in our lodges, and actively involving them in all of our conservation and community development related work. Green Safaris guests’ travel with a purpose. 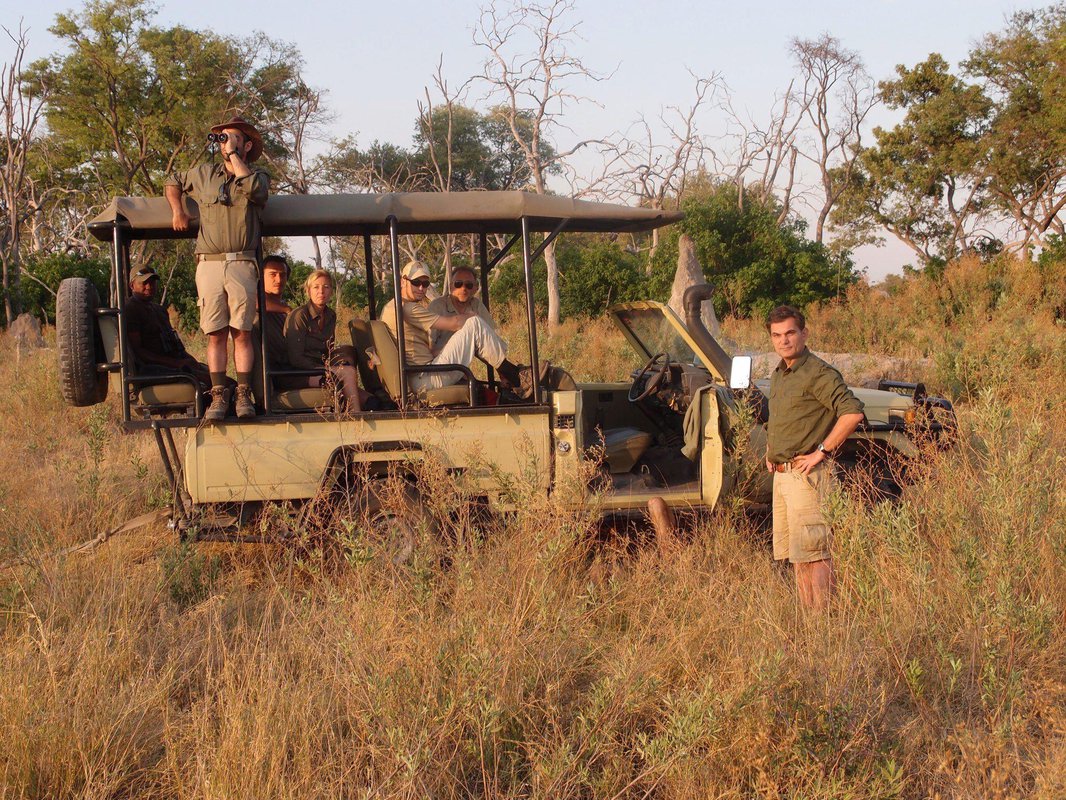 Next to Green Safaris who builds and operate the lodges and circuits between them, Vincent and the team have set up the Green Safaris Conservation Foundation, which allocates substantial funding to support all kinds of conservation and community development in the areas where they are active. As an example, the foundation supports a community farm just outside of the park, which provides all of Ila Safari Lodge’s vegetables as well as other organizations in the park creating sustainable jobs and business for the people in the local community nearby. The Green Safaris Foundation actively supports dedicated research and antipoaching organizations who focus on predators in the Kafue (Panthera and ZCP). On Likoma island, they have just started a large-scale reforestation program, to compensate for the overuse of firewood cut to create charcoal on the island, Green Safaris also supports the local schools and hospitals with all kinds of stipends. Whenever our guests are interested in our projects, the team are proud to show them around and involve them.

We asked Vincent if he hadn’t started Green Safaris, where would he be?, “I guess I would spend even more time in the bush on my own; I once walked all the way from Busanga (up in the north of the Kafue) to Hook Bridge (in the center), a 130km hike through the park, with a group of friends, sleeping under the stars every night. With the current development of Green Safaris, there is perhaps a bit too little time for activities like this, which required a lot of preparation and training, but I’m sure we’ll find the time for this again.” 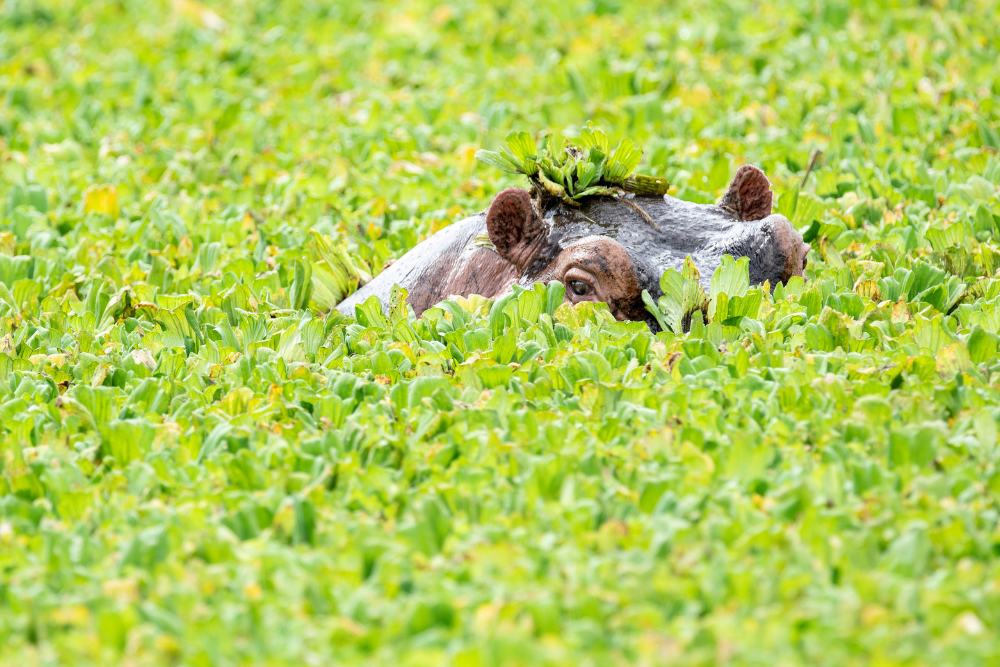 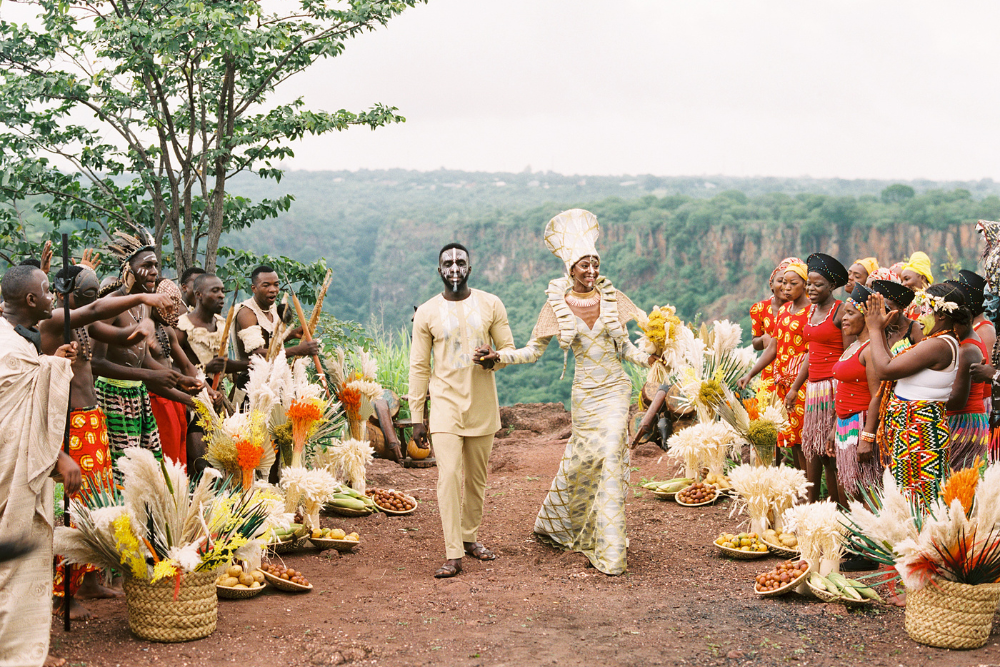 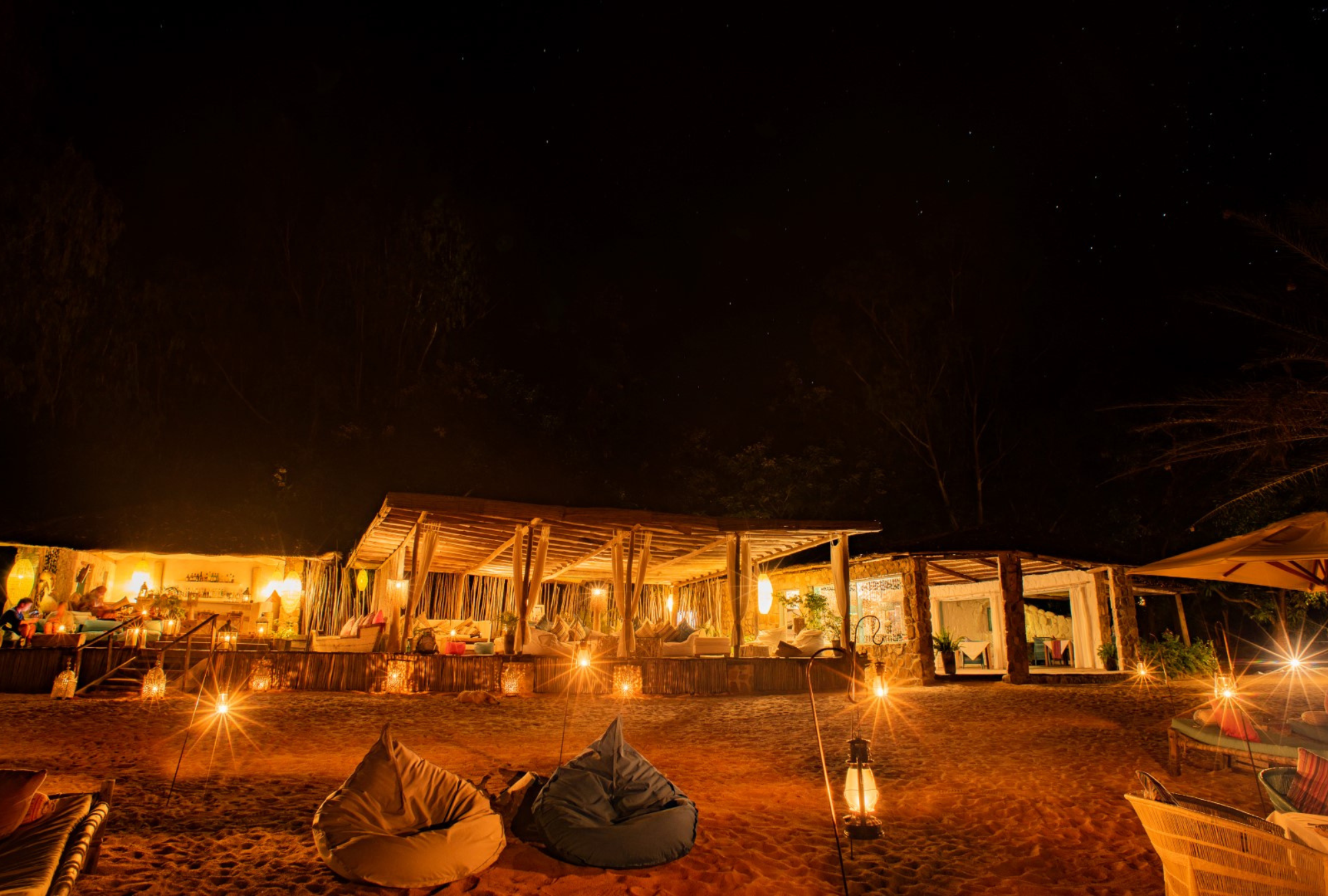 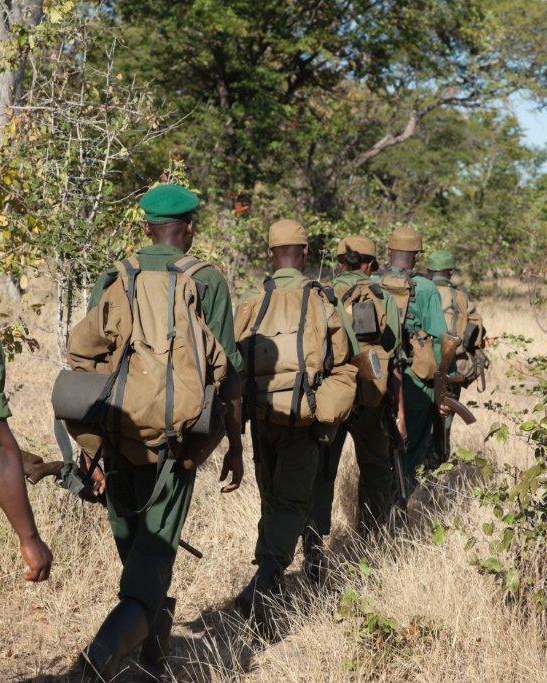 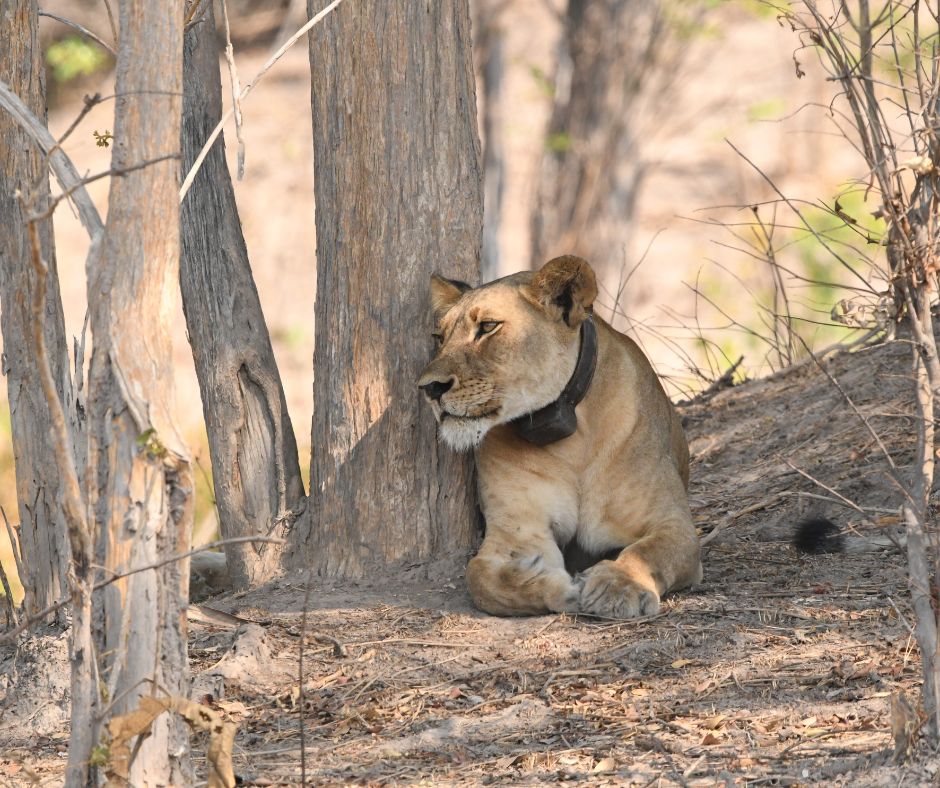 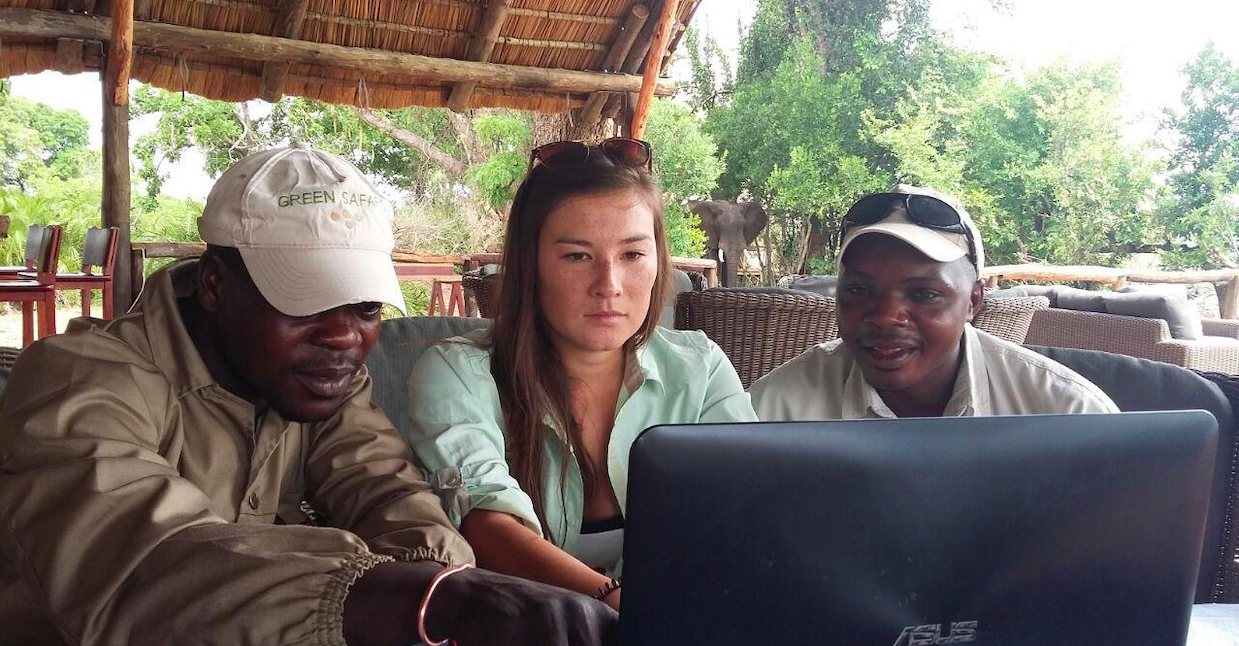 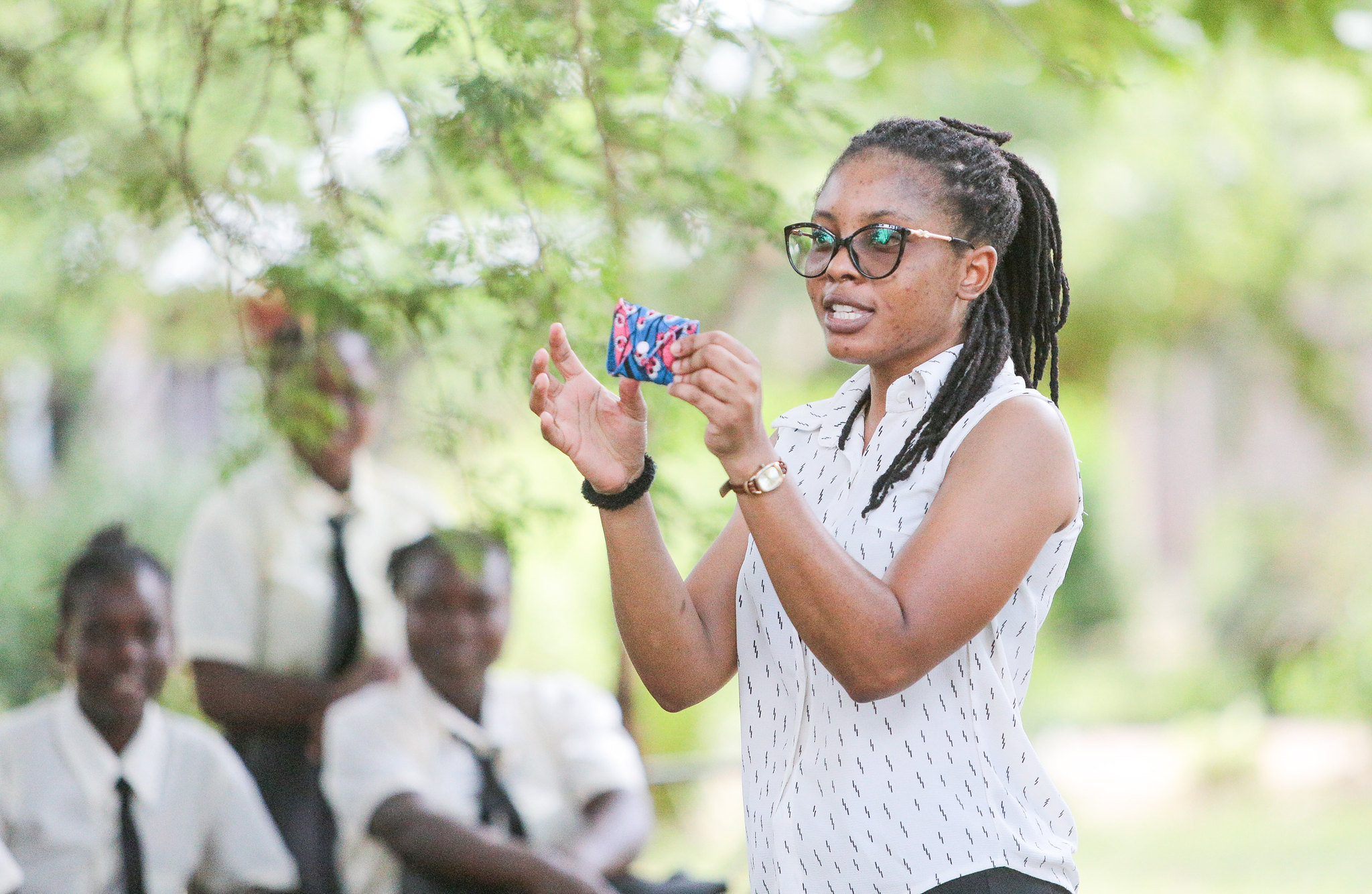